On Oct. 21, 2022, VIBES EP was released by Haitian-American Rapper, Demione Louis, a long-time collaborator of Jastin Artis and A&R IN YOUR POCKET client. Jastin Artis is the primary engineer (except "Gravity") and A&R for the project. The project is released by Estabrook Road Records.

Gold-certified streaming artist, producer, engineer, and A&R, Jastin Artis, is bilingual in “producer” and “c-suite” lingo with over a decade of progressive experience in the music industry. Jastin Artis is an industry dot-connector and celebrated creative with a reputation for utilizing creativity and a "whatever it takes" attitude to lead big ideas from development to execution.

Based in the Washington DC Metro Area Jastin bridges the gaps and brings you the answers you didn’t know you were looking for. Jastin is continually pushing the envelope, whether it’s personal development, business development, his music career, or cultivating fellow artists' success. He rises and finds excitement in challenges, not backing down from them. He is married and a father of two boys who embodies a dad's trait that is about impact and legacy.

Artis is self-taught in nearly all areas of music starting as a songwriter, guitarist, producer, then engineer, to becoming an artist himself. He never considered himself a recording artist, but his faith led him to create a genre he describes as Hip-Hop Renaissance that fuses Hip-Hop, Gospel, and Spoken word typically centering around his soulful acoustic and lead guitar playing.

Along with his student mentality, where he is continuously learning new information and techniques, he’s earned an MS in Entertainment Business from Full Sail University, and a BA in English with a focus on writing at HBCU, NC A&T State University. His background is a striking landscape still advancing.

Jastin has worked with a veritable menagerie of top talent at boutique music firms while also serving as a mentor and teacher to the next generation of creative leaders. Jastin, the hybrid music professional, accelerated his career in January 2022 with Estabrook Road Records, as Senior A&R.

His focus has pivoted like most during the COVID-19 pandemic and near recession to teaching leadership through music. This doesn’t stop him from creating his soon-to-be 10th album Love in Darkness II but allows him to fully develop his new subscription-based service A&R IN YOUR POCKET, a personal A&R service to help support emerging artists.

Then, merging his love for performance and speaking career advocating for emerging music artists, music professionals, or professionals overall. He continues to pursue sync licensing as a creator and potential music supervisor as he also builds a career in live streaming via VOLUME.

Jastin Artis is elated for his future in music as a Black creative and executive teaching leadership through music being the bridge to where you want to be.

I met Jastin years ago when I first started Make It Public. Even back then Jastin’s skill set was unmatched. Working with Jastin has been an absolute joy! I would recommend Jastin to anyone who is in need of someone that will deliver in excellence a million times over!

Jastin is such a kind, energetic and engaging artist. He is not only talented but relatable and shares his passion for creating with an audience that soaks it up like sponges, kids. Thank you Jastin!

He was a wonderful speaker for my class project. He engaged with the students very well and brought forth clear & educational information on the entertainment industry as a whole. My professor said he was a great speaker as well and did a phenomenal job. I would definitely love for him to return again.

Yo fam You are super talented and got lots of potential too! 🔥

More What They Said 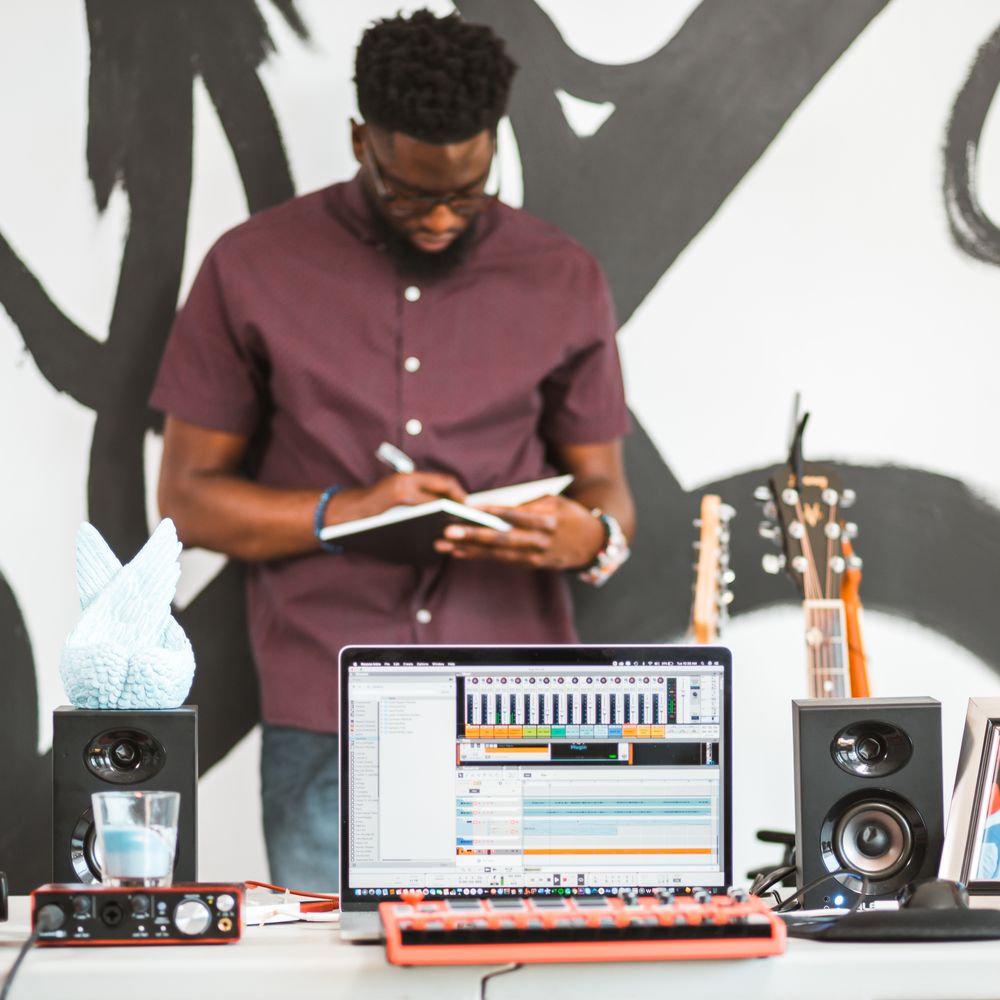 Be a blessing to keep Jastin Artis Creating!

Jastin Artis is a full-time artist and entrepreneur. Your support will allow him to create, upgrade equipment, market & promote, and extend his reach with his style of Hip-Hop. Thank you for your support.

Enter the amount you wish to donate 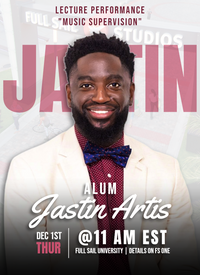 Many artists and producers aren’t aware of what sync licensing can offer and learning about it can be daunting. Join the performance lecture with alum Jastin Artis: artist, producer, A&R, and fresh music supervisor. Artis will discuss the inner workings of song creations for sync licensing and what music supervisors are looking for using his original songs "This Black Skin" and "Can't Do Without Love." Join us on Dec. 1 at 11 AM EST. Details on FS One.